• Fast and flexible planning of new workstations in production, thanks to virtual reality and digitised 3D factory data

Munich. The BMW Group Production focuses increasingly on trendsetting, easy-to-use, and effective virtual (VR) and augmented (AR) reality applications. VR images, or artificially created images, are ever more realistic and hard to distinguish from real pictures. In AR applications, illustrations complement real images. AR and VR images can be viewed in special headsets or on normal tablet computers. In production, these images are powerful tools in numerous use cases–in training and qualification, planning of workstations at the assembly line, or quality control. In all applications, the technology keeps modestly in the background. No extensive IT expertise is required to use these applications efficiently.

Thanks to VR, planners in construction, plant engineering, logistics, and assembly can now assess new production areas completely virtually together with production staff and test new processes in 3D. This type of planning is based on digitised factory data available in 3D. For several years now, the BMW Group has been digitally capturing its actual plant structures with special 3D scanners and high-resolution cameras to an accuracy of just a few millimetres. This provides a three-dimensional image or scatter plot of production areas, and does away with the complex, digital reconstruction of structures, and manual on-site recording. When planning future workstations or entire assembly halls, the BMW Group’s business units now combine existing data with a virtual library of shelves, mesh boxes, small load carriers, and around 50 other particularly common operating resources.

A few months before production of the new BMW 3 Series ramped up in Munich, BMW Group planners have completely laid out individual workstations in a virtual world. This includes cockpit preassembly, for example, where the cockpit is put together before being installed in the vehicle. For the first time, building, systems, logistics and assembly planners, together with production employees, were able to assess the whole of the new production area in virtual reality and test new procedures in 3D. Virtual reality technology has enabled planners to set up cockpit preassembly workstations quickly and efficiently. Time-consuming trial installations that replicate the workstation in its actual dimensions were no longer needed.

And the fact that all the specialists involved– from logistics experts to systems planners to production employees– were easily able to exchange ideas in the early stages was an important added benefit for the team. We were more transparent, more flexible, and faster overall.

Production of the existing cockpit continued during preparations without any constraints since planning only took up space in the virtual world. Being able to work with the same data and software also saved specialist departments and production staff a lot of time. Because it is so easy to use, experts were able to assess how much space the new system needed, for example, quickly and easily and incorporate production employees’ know-how in planning from the beginning. Following a brief introduction and without any specialised knowledge, the team of representatives from different specialist areas were able to launch the project immediately. The software handles complex calculations for real-time rendering of all objects in virtual-reality glasses and simulations.

At its Production Academy, the BMW Group trains managers, production planners, process leaders, and quality specialists on the principles of lean production. As key communicators, training participants then pass on this knowledge on the shop floor. For about 18 months now, AR goggles have been used in training sessions for engine assembly units. Visualisations guide participants through all process steps and give specific information. Participants can work at their own pace, determining the speed of the training via voice control. Three people can go through the AR training at the same time, after receiving quick guidelines from a trainer who supervises their progress. Previously, a trainer had to work with one person at a time, while with the new system, this number has increased to three. Surveys among participants and evaluations of their learning success have shown that there are no differences in quality compared to conventional training courses.

The engine assembly training can also be easily adapted to other screw joint processes–thanks to an authoring tool developed by the BMW Group for designing training programs. Setting up a new training program with this software is quick and easy: To complement real images, the relevant points of interest are determined at a regular PC and then set with the aid of AR goggles, and that’s all. In the course of 2019, this software will be made available to all interested staff via the self-service portal.

Checking a complex part weighing up to 25 tons, such as a press tool for the production of body parts, can take a lot of time. But speed is an issue: If the inspection takes place at Goods Receipt, an incompletely delivered tool can be returned even before being transferred to an interim storage site. The process is simple: Staff at the Munich location of the BMW Group Toolmaking and Plant Engineering unit mount a standard tablet on a tripod. The built-in camera of the tablet produces an image of the tool. Then, an AR application superimposes this image with the CAD construction data of the tool ordered. Based on an average of 50 criteria, such as drill holes and other clear surface features, the staff can see whether all production specifications have been implemented. In the event of minor deviations, it may make sense to rework the tool onsite–because the early detection of the issue leaves sufficient time before the tool has to be sent to the assembly area for completion with further components.

Later this year, the toolmaking unit in Munich will completely convert the incoming goods inspection of delivered tools to the AR application. The tedious comparison between CAD data on the screen and the actual tool will then be a thing of the past.

The BMW Group also applies target/actual comparisons at its Munich plant. Using an AR application, specialists use pre-series vehicles to check the maturity of construction concepts and the correct installation position of components in these vehicles. The system makes it possible, for instance, to determine whether a side wall (fender) has the right dimensions, an exhaust system is installed in the correct position, or all the necessary parts have been mounted.

Visualisation of relevant CAD data only takes a few seconds. Data from several parts can be combined as desired and superimposed on the camera image of the tablet PC. An algorithm calculates the best fit, i.e. the ideal position of individual components in relation to each other, and highlights important design features. The application developed jointly with the Fraunhofer Institute for Computer Graphics Research provides important information as to whether any adjustments, be it in vehicle design or manufacturing processes, are necessary before a model can go into series production.

What I Learned From Tackling the Challenges of Gdpr 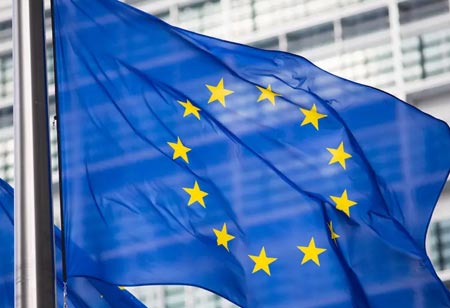 What I Learned From Tackling the Challenges of Gdpr

How AWS Killed the Data Center 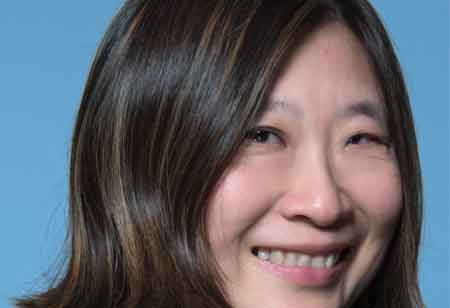 The under- and overestimation of data.